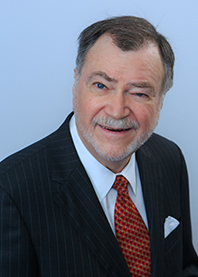 Mr. Brown recently became Of Counsel to the firm. He has practiced law in New Orleans for 45 years, primarily in the field of civil litigation, including extensive practice in the area of state and local public law, land use and expropriation matters, railroad law, civil rights and class actions.

Mr. Brown has extensive appellate experience and has argued more than sixty appellate cases which resulted in reported decisions.  He has served as a part‑time member of the faculty of the Tulane Law School Clinical Education Program.