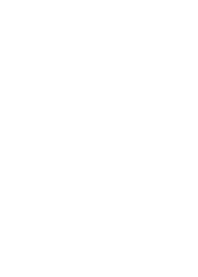 Talayeh graduated from the University of British Columbia in 2004, where she majored in International Relations and minored in political science. She spent a year on exchange in Paris, France studying at the prestigious Sciences Po. After completing her bachelors, Talayeh spent two years working at the United Nations in Geneva, Switzerland. Talayeh began her career in immigration law while working at the emergency and post-conflict unit of the International Organization for Migration (IOM) in Geneva, Switzerland. While at the IOM she assisted field workers in providing aid to internally displaced persons and refugees in post-conflict and disaster areas. She then returned to Canada and completed her law degree at the University of Calgary’s School of Law. She spent a summer studying international law at the Sorbonne in Paris through Cornell Law School and another summer as a legal trainee at the international law firm, Salans (now Dentons). From 2010 through 2011 Talayeh worked at a mid-size litigation firm in Vancouver, Canada before moving to New York City where she worked with several non-profit human rights organizations. Talayeh relocated to Louisiana in 2013 and has worked as an immigration attorney ever since. She is an active member of the American Immigration Lawyers Association (AILA) and a member of the immigration committee of the New York State Bar Association (NYSBA).

She is fluent in French, Farsi, and English. Talayeh is licensed to practice in Canada (British Columbia) and New York. Her practice is strictly focused on immigration, citizenship and naturalization law.