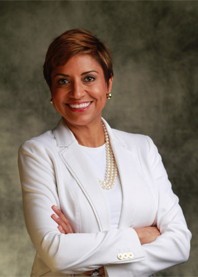 Throughout her career, Desiree M. Charbonnet has been widely recognized as a leader in public service, courts, and intergovernmental relationships.

In 1998, Ms. Charbonnet was the first woman elected to serve as Recorder of Mortgages for the Parish of Orleans, where she served for 9 years.  Her office was one of the first to reopen after Hurricane Katrina, providing desperately needed property records to the city’s displaced residents.  In 2007, she was the first woman elected to the bench of Municipal Court in New Orleans, and the first to be elected Chief Judge.  As a judge, she took special interest in cases involving domestic violence, mental illness, prostitution and human trafficking.  She was also among the first in the country to try alternatives to incarceration.

Nationally recognized as an advocate for alternatives to incarceration, Ms. Charbonnet has been featured in The Atlantic in an article “A Judge Embraces Diversion”.  Since 2014 she has worked closely with Women With a Vision and the Orleans Public Defenders Office to establish programs addressing the needs of those oppressed through prostitution, mental health issues and attempting re-entry into society.  In 2015 Ms. Charbonnet served as a faculty member for the National Human Trafficking Summit in New York.

A native of New Orleans, Ms. Charbonnet graduated from Loyola University earning both her Bachelor of Arts (1990) in communications and her Juris Doctor (1994).  She is the proud recipient of the United States Department of Justice Byrne grant and Racial Justice Improvement Project grant.